In his previous post as Chargé d’Affaires at the U.S. Embassy in Mali, he worked with volunteers who had joined the Peace Corps Encore program, noting the enduring impact they were having on the lives and communities of host-country nationals. Ambassador Young asked each of us in attendance what advice we could give him. One RPCV stated that flexibility is important because well-laid plans promoting development in villages may not always work as planned.  In other words, expect the unexpected! Another noted that much success and cohesion in Burkina can be attributed to the lack of ethnic and religious tension which is so prevalent in many other countries. He and other Burkinabe at the reception called on the Ambassador to do what he could to further reinforce this unique and positive attribute in the Burkinabe society.

What would YOU have recommended to the new Ambassador? Tell us on our Facebook page. 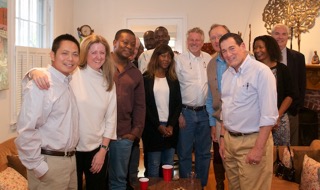 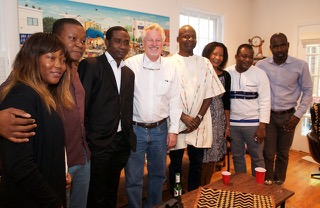