After a successful winter 2020 fundraiser, AIVPDL was selected to receive funding to support the ongoing strengthening and capacity building of vulnerable producers in order to increase agricultural production and fight against food insecurity/poverty in rural areas.  In April 2021, they had already held informational meetings and sensibilisations with 611 farmers. They had identified 225 farmers - 94 men and 131 women - to be part of their next cohort. Trainings and seed/implement distributions were among the next steps to be completed.  As of September 2021, this project is still in progress.  See photos from their latest training below!

A returned Peace Corps volunteer (RPCV) and her counterpart, a former Burkinabe agricultural extension agent (who now is president of an NGO, called AIVPDL), maintained correspondence for more than 30 years.

In 2016, the two friends devised a plan to educate subsistence farmers in the Zoundwéogo Province on how to increase yields, bolster production, and become self-sufficient in food. The retired agricultural professionals belonging to AIVPDL agreed to volunteer their time and share their expertise with local farmers about ways to increase production using recommended, sustainable agricultural practices. With financial assistance from FBF, the team launched their program in 2017.

AIVPDL met with administrative authorities to legitimize this initiative. They solicited help from both the mayors in Binde, Manga, and Gogo as well as with the chiefs in 15 surrounding villages who played an instrumental role selecting the farmers to participate in the program. AIVPDL began working with 375 farmers (58% of whom are women) in early 2017 providing them with improved seed, imparting knowledge about the importance of restoring soil fertility through the use of organic fertilizers, holding training sessions at demonstration plots throughout the growing season, and periodically exchanging information with farmers in their fields about agricultural crop management techniques.

The program was successful in a year in which production fell nationwide due to drought and pest invasions. Yields on fields deploying recommended technologies were reported to be significantly greater than on fields using conventional production methods. In plots treated with organic manure, yields increased by more than 50% for corn, soybean and cowpea while rice yields were up four-fold. Yields were even higher when organic manure was used in combination with artificial fertiliser. Given the impressive results achieved in 2017, the FBF Board of Directors agreed to support an extension of the AIVPDL project involving 300 farmers in 2018. 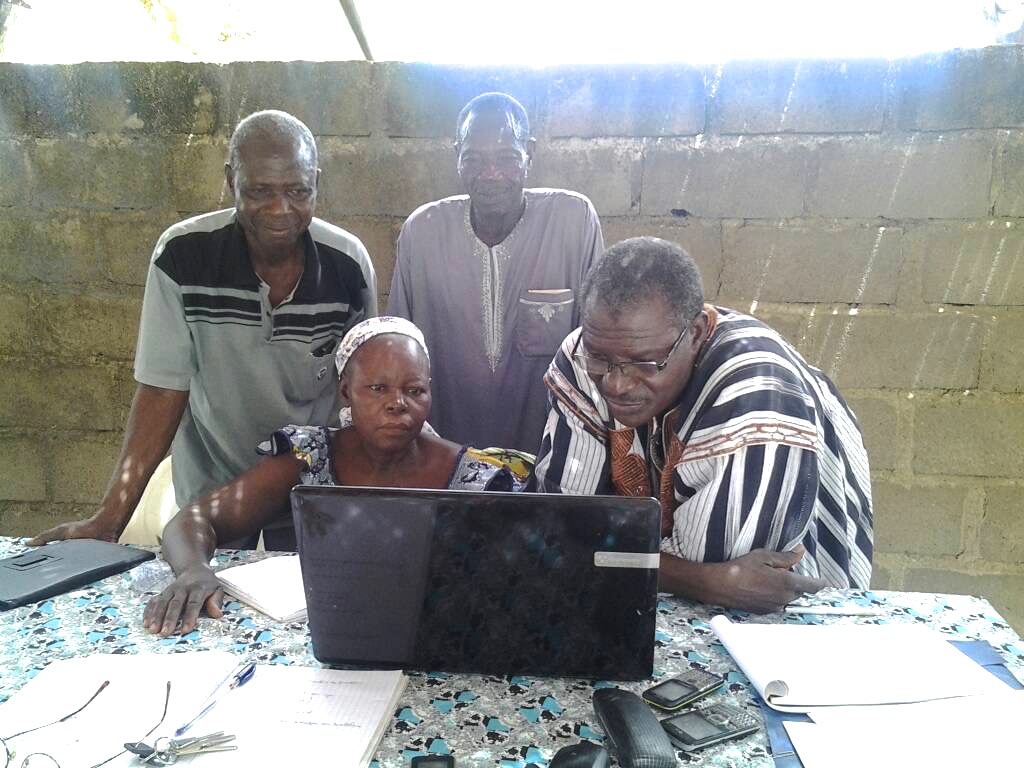 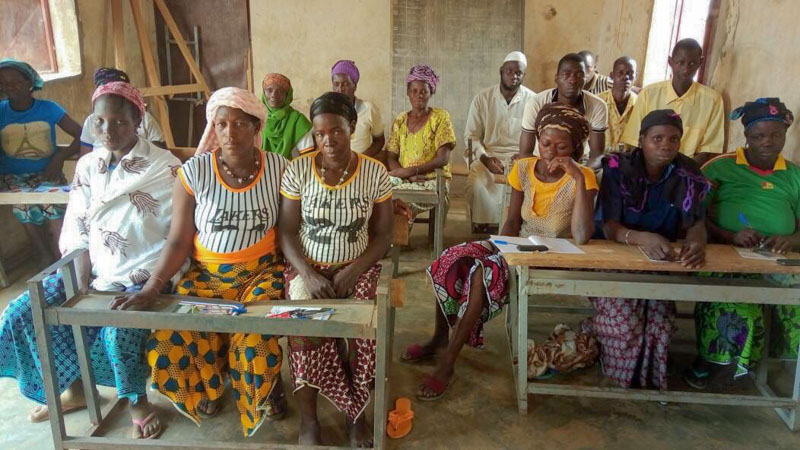 Farmers relaxing and taking a break from a training session 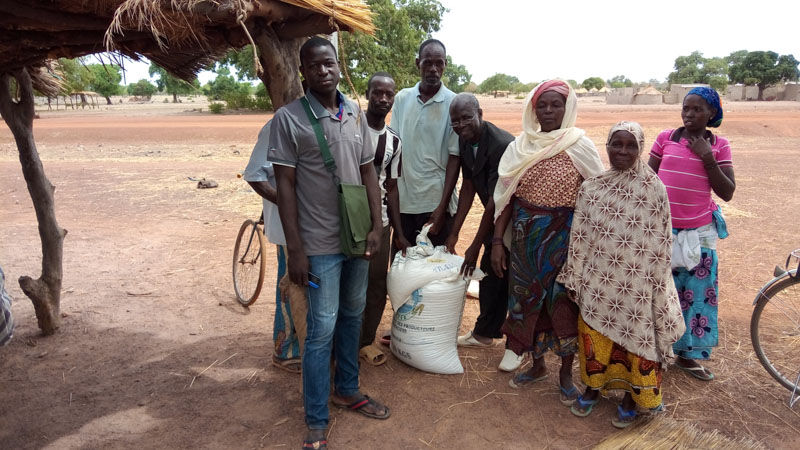 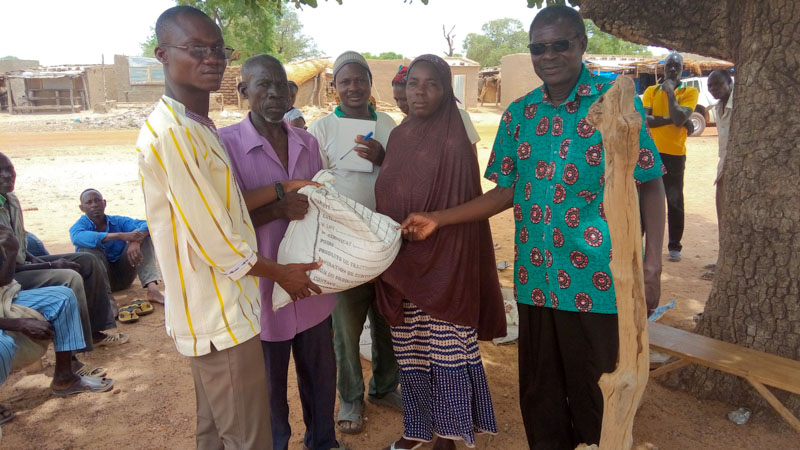