During the early 2000s, PCVs conducted leadership camps in communities throughout Burkina for teenage women who had successfully graduated from the 9th grade with their BEPC certificates. The primary purposes of the camps, under a program called Que Serons-Nous Demain?, were to broaden young women’s understanding of the life choices they face, build their self-esteem and self-confidence, and broaden their life and professional goals. The young women attending these camps were encouraged to envision future roles they could assume which would benefit not only themselves but to contribute to the general well-being of their families and communities. While attending the leadership camps, the girls were exposed to non-traditional career options through interviews and field trips. Discussion sessions were designed to heighten awareness about AIDS/HIV and family planning issues. The girls acquired decision-making skills at the camps to make personal and academic choices that held promise to enrich their lives and enable them to reach their full potentials. In 2003, FBF funded 8 camps held in communities throughout the country when Que Serons-Nous Demain? became a collaborative effort with the Forum for African Women Educationalists (FAWE), a Burkinabe non-governmental organization, and Peace Corps Burkina. 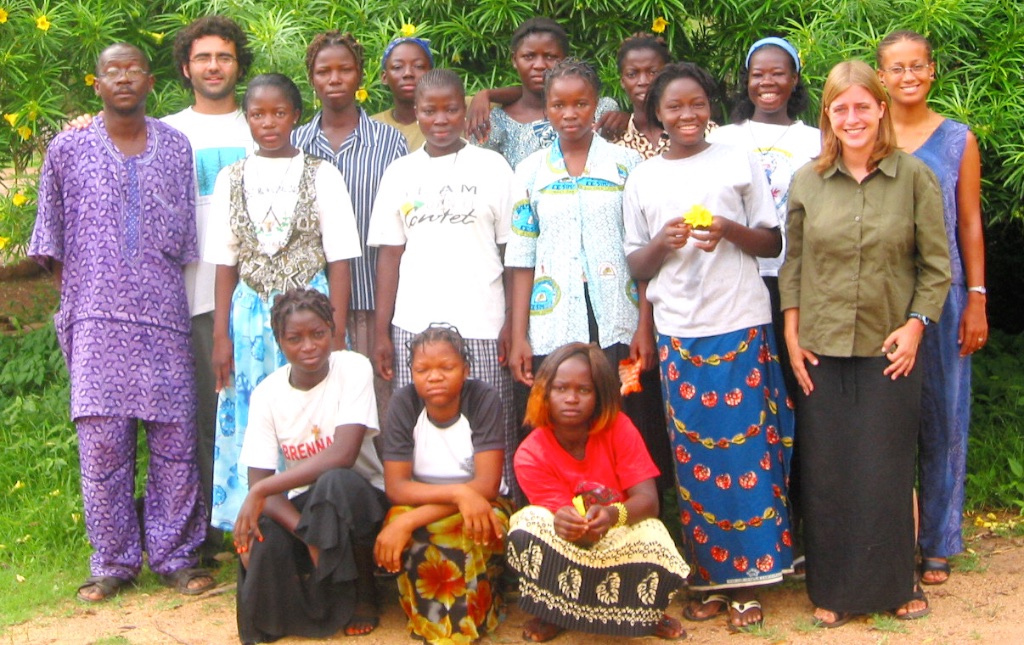 Girls at the 2003 summer camp in Fada N'gourma